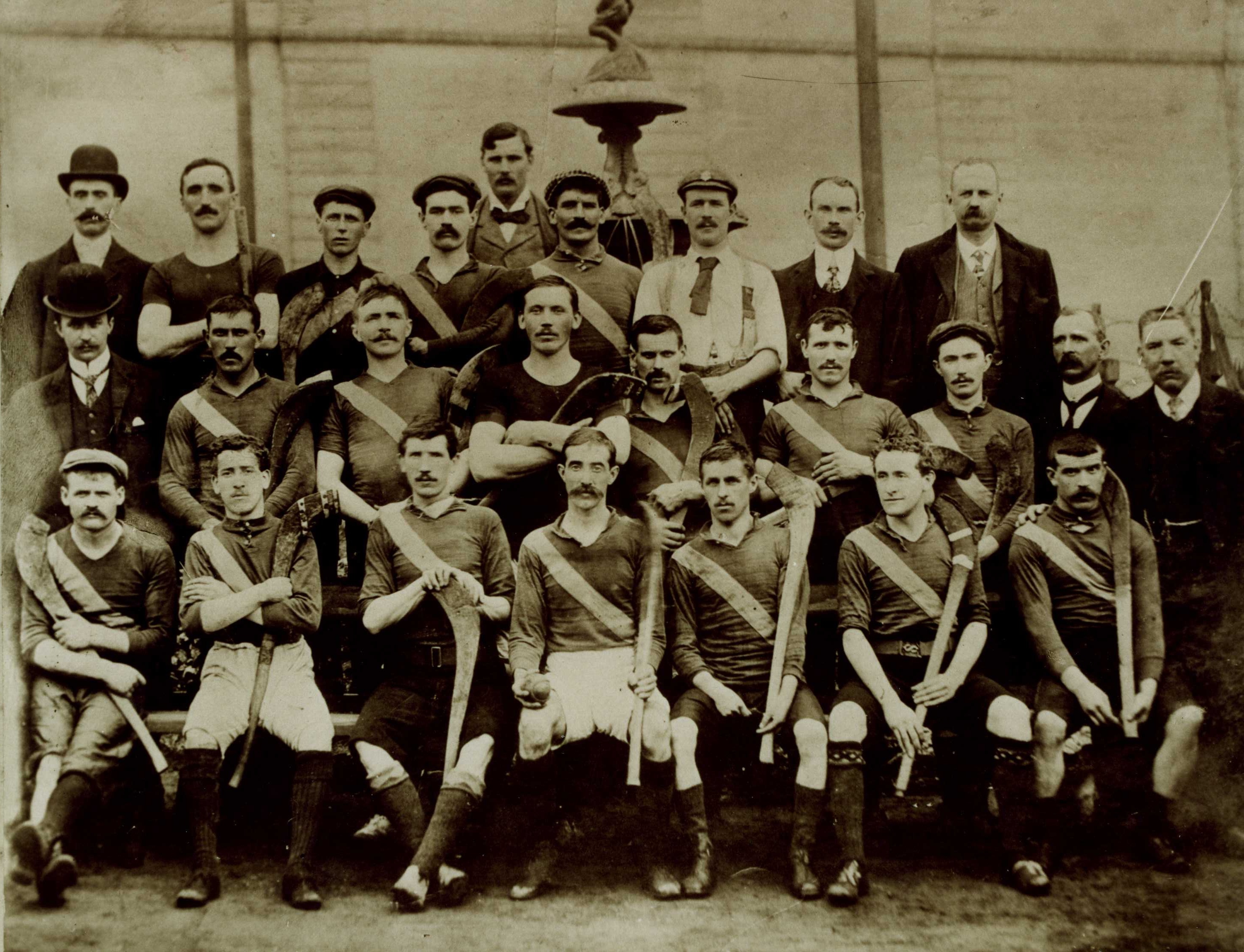 The victorious team of 1901 (Image courtesy of the GAA Museum & Archive, Croke Park)

London GAA's only senior All-Ireland victory came in the 14th staging of the competition; the 1901 final against Cork. The game was actually postponed, and played in Jones' Road stadium in Dublin (before the GAA acquired sole ownership of the grounds in 1913 and renamed it in honour of Archbishop Thomas Croke), on August 2nd 1903.

They defeated Cork on a scoreline of 1-05 to 0-4. In those times, championship finals featured club teams that represented their respective counties, and for the 1901 final,Cork were represented by Redmonds, whereas the London 'Emmets' were a selection of the county's finest players and the first team to be selected by a Co.Board since All-Ireland finals began in 1887.

However, that year London were missing about five of their star players from the Robert Emmett club. The victorious team was made up exclusively of Munster exiles; nine Corkmen, four Claremen, two from Limerick, one from Tipperary and a Kerryman. London had impressed but their victory sparked mixed emotions from press reports of the game, who were proud of the performance of their countrymen but acknowledged the disappointment that so many fine Irish athletes had left home to contribute to sports overseas.

The game was played under heavy rain and refereed by John McCarthy (Kilkenny). London opened the scoring with a free within two minutes of the whistle being blown. Their opponents would score two in succession before hitting the post, and under slippery conditions London were delighted to grab an equaliser to go into the break level at 0-2 apiece.

The remainder of the game was tight, with London's defence particularly impressing. London's second half-performance was described as 'a finely combined effort and gave a splendid display of pluck and speed, while they showed better hitting powers and began combining beautifully at times'.

After many attacks from both teams were thwarted by the elements, London grabbed a goal from a scrappy piece of play in front of the Cork goalmouth while leading 0-4 to 0-3. They pointed once more soon afterwards, before conceding a late 50-yard free to come out the victors 1-5 to 0-4.

The team that day was:

The game was the pinnacle of a golden era for London sides, with the county appearing in a total of nine All-Ireland finals between 1900 and 1908 (four in hurling, five in football):

This period of dominance in final appearances, was due to an alteration of the rules in 1902 to accommodate London teams. That year, the London County Committee was accorded Provincial status and as a result London’s footballers and hurlers received byes to the All-Ireland Finals.

It was a positive move for the GAA, as other provinces felt compelled to enter teams (apart from Ulster, who awarded Connacht a walkover in 1902) and that year a total of eighteen teams competed for All-Ireland glory.

London's bye into the final showed the world of sport in Ireland that its teams were just as competitive as ones from the island. London's resultant first ever inter-county game against Tipperary (deciding the 1900 final) took everyone by surprise, due to the strength on show from the huge underdogs.

A spectator's report from the game states it "was the best, the closest, and the fastest we have ever seen in an All-Ireland final." Tipperary led by just two points at the break, but London proved they 'had foemen worthy of their steel' when they equalised to make it 0-5 apiece, 13 minutes after the break.

Jones' Road spectators shouted 'go on London' and when they took the lead by a point just five minutes later, they were well and truly on top as the crowd went 'wild with excitement'.But then disaster struck. Tipperary scored a goal from a free, and crashed home another just before the final whistle to record a flattering result.

"Tipperary were fortunate. It was a grand match, the grandest we have seen here in years. The London Irishmen are a fine body of men; they are magnificent hurlers. The deserved to win," the report declared. London had made their mark and would live up to it in their victory the following year.

They would engage in some brutally close matches at Jones' Road over the next decade, until the county's final appearance in a senior All-Ireland final in the 1908 final.