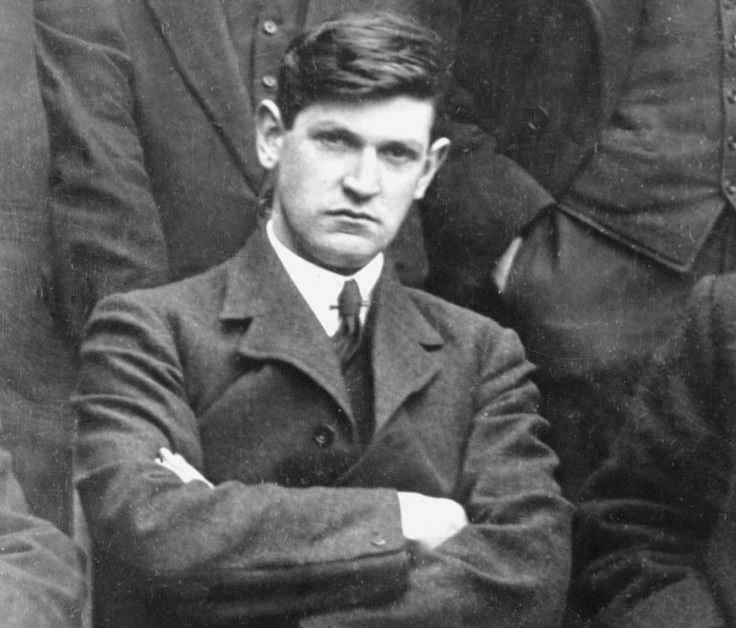 For someone whose name is so synonymous with Irish history, it might come as a shock to some that Michael Collins spent almost a third of his life in London.

For nine and a half years, Collins resided in the west of the capital, emigrating from Cork to his elder sister Johanna in 1906 at the tender age of 15 to pursue a career as a post office clerk.

A memorial plaque stands outside the home they shared off the Goldhawk Road, at 5 Netherwood Road. These days it would have been a handy base for any young GAA player, just around the corner from Wormwood Scrubs, or a 20-minute trip on the Central Line from Shepherd’s Bush out to South Ruislip.

Like many before and after him, Collins took comfort from Irish community groups when he first moved to London for work. He began to attend Gaelic League classes to learn Irish language for the first time, and was also recruited by his local GAA club; Geraldines.

Although a natural athlete, Collins had little interest for team sports and had never even played hurling before but soon made an impression as a tough competitor for his seventeen years. However, it was later as a GAA administrator that he really began to hone his political skills, through persuasive argument and political judgement.

In 1909 he was elected to the county board and became the Geraldines club secretary, a post he held until he left London in 1915.

Minute books of his time as club secretary (auctioned by Adam's in 2011) reveal just how methodical he was in keeping records, but in also voicing his opinion on controversial matters, such as his opposition to a proposed introduction of soccer, cricket and rugby to address a wane in popularity of Gaelic games.

He refused to allow any Geraldines players partake in ‘garrison games’ and his annual report was scathing in its analysis of some club members actions. Collins took his role as secretary seriously, taking on the responsibility for its best interests as an 18-year-old.

It is through the Geraldines club, and matches with other teams, that Collins met some of the men that would shape the rest of his life. Adam’s auctioneers describes the formative years in London and his GAA administrative career as the time that Collins ‘grew from a boy to a man’ .

London GAA president Sam Maguire worked as a senior clerk at the Post Office Savings Bank where Collins worked and is widely reported as being the man who played a significant part in Collins’ induction to the IRB (Irish Republican Brotherhood) whilst living in London.

Historians David Hassan and Andrew Maguire note that although “it was not the aim of the GAA to be actively revolutionary.. leaders were able to gain experience and training within the ranks of the GAA, which served them in their work towards gaining Ireland’s independence”.

They note that “the passion Collins carried for Gaelic games is readily evident from the dramatic speech he gave to his fellow Geraldines.. Coming from a club with such strong beliefs in the tenets of Irish nationalism, Collins was a prime candidate to join more openly nationalistic and political bodies.”