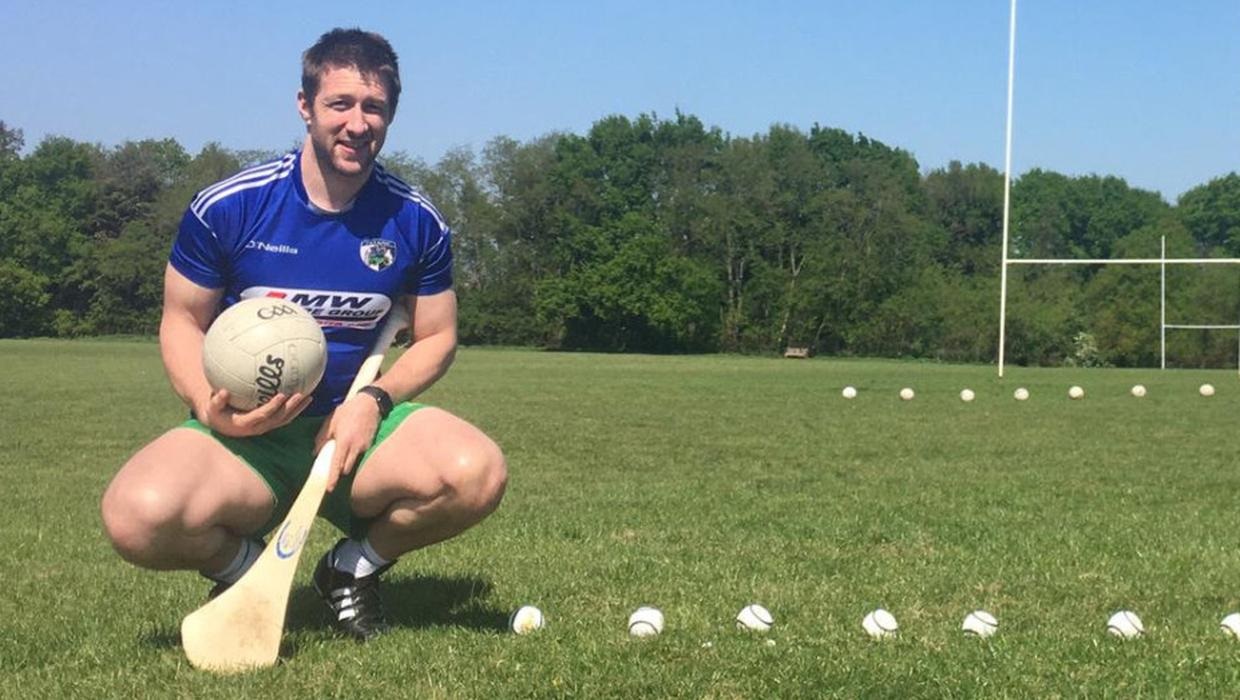 Laois dual-star Cahir Healy is busy preparing for a marathon challenge in little over a week, to raise vital funds for charity. (Donate here: https://uk.gofundme.com/f/cahir-healy-2000-for-2000-marathon )

The London-based teacher, who plays hurling and football for his native county, is going to kick 1,000 football points, and score 1,000 hurling points, while clocking up 42 marathon kilometres in the process. His challenge takes place in Old Deer Park on May 17th.

His huge feat was initially planned to raise money for the 'Do It For Dan' campaign, but as a member of the fundraising committee he learnt that they had reached their target two weeks in advance of his marathon plans.

Once the first £7,500 of his £20,000 target is made the funds will go towards the Midlands regional hospital Portlaoise PPE appeal and the NHS. "After consultation with the Do it for Dan fundraising committee. We have decided to cap the money I raise through this fundraiser at £7,500. £7,500 is going to Dan."

Cahir chose the two additional charities to give back to two vital frontline charities during the current Covid-19 crisis.

He initially became involved with the Do it For Dan campaign due to his relationship with Dan's parents; former Laois Footballers Niall and Aisling Donoher.

"I first played with Niall in 1999 on a Laois u14 football team, I played alongisde Niall at every age group including senior. Dan's uncle Brendan Quigley was also a part of all those teams," he says. "Niall and Aisling Donoher (nee Quigley) played with pride for Laois and their respective clubs down through the years. They have given great service to the GAA and now they need our support more than ever! Niall and Aisling and their son Dan are in a battle that no family should ever have to be in. Dan is suffering from a rare muscular disease called Spinal Muscular Atrophy Type 1. Dan has recently just turned 1 and his life expectancy is barely beyond that. Dan and his parents need our help and support to raise $2.1 million dollars for him to receive the medical treatment he needs in America. The medical intervention needed is a cell infusion and is only available in the States."

Niall is completing his challenge using rugby goals in a Richmond park, as the nets offered to him by London GAA would make his challenge harder due to collecting the balls after each point attempt.

"I will have 20 sliothars and 20 Gaelic footballs. I will score 1000 hurling points from 45 metres and 1000 football points from 21 metres. As there are no nets I will be collecting all the balls myself and running a marathon (42km) in the process.  If there are any remaining kilometres to run after I have scored 2000 points I will run the remaining distance. I will be adhering to all social distancing guidelines at all times."

To read more of Cahir's story, check out this article in the Irish World: https://www.theirishworld.com/laois-dual-star-cahir-healy-running-a-london-marathon-for-do-it-for-dan/