You are here: Home / London backs 'Do It For Dan' 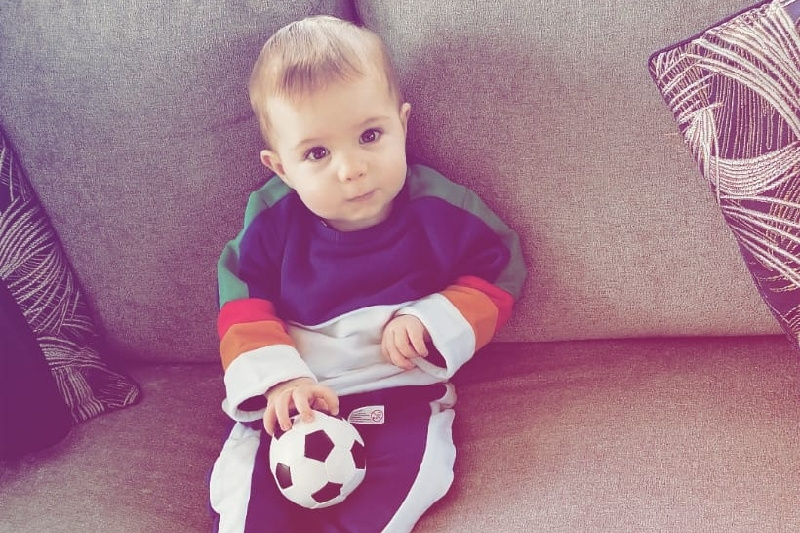 The London county board is backing the 'Do It For Dan' campaign and encouraging its members and clubs to get behind the fundraiser.

The fundraiser is to raise funds for potentially life-saving surgery in America for one-year-old Dan Donoher from Co. Laois.

Read more about the cause below or via the following link: https://uk.gofundme.com/f/1x3knoyjlc

Dans Journey On the 28th of March 2019, our beautiful perfect little boy, Dan entered the world. We fell in love at that moment with this little person who completely stole our hearts. Neither of us have ever felt love like this. He was everything we could wish for and more. Our little boy was finally here and loved beyond measure.  Unfortunately, Dan was diagnosed on the 6th December with a rare genetic neuromuscular disease called Spinal Muscular Atrophy (SMA) Type 1 and Scoliosis.

The life expectancy of an SMA type 1 child is 18-24 months. Dan has a deletion of the Survival Motor Neuron 1 gene (SMN 1). The day he was diagnosed is a day that we will never forget, our whole world came crashing down. Our hearts were broken.

Like all parents, you have so many hopes and dreams for your children.  Dan is a funny, bubbly little boy who has such a twinkle in his eye. He is such a happy and brave boy despite all this. We are so proud of him.  SMA is the progressive loss of motor neurons, which are the nerve cells that control muscle movement. Essentially, it is a muscle wasting disease.

Dan was 8 months old when he was diagnosed, at this point he had lost his ability to lift his legs, maintain head control and lie on his belly. As Dan has the most severe type of SMA, this damanges the muscles used for swallowing, speaking and breathing along with requiring ventilatory support.  Dans muscles are too weak for a strong cough. As his cough is not strong enough, mucus can get trapped in the lungs which makes breathing more difficult for him. A common cold could end Dans life. Flu season is life threatening for Dan. He has already been hospitalised due to this which is a fright we will never forget. We seen our child fighting to breath.

Dan doesn’t sleep well as he continiously needs to be turned thoughout the night and set into a comfortable position as he is unable to do this himself.  Cognitivially, Dan is fully aware. He has a great attention span and is always interested in the goings on around him. This is hard on Dan as he wants to be able to do so much but does not have the ability. Dan loves the farm, his dog Bobby, watching the GAA and his favorite colour is yellow. Dan reaches for his yellow ball but he can’t sit up or move towards it. Dan adores his cousins. He watches them playing and they always entertain him, teaching him new things.  On the 7th January 2020, he began a new medication called Spinraza. This is the only available treatment in Ireland for Dan.

Spinraza does not cure SMA type 1 but can delay or reduce the symptoms.  A ground breaking treatment called Zolgensma, which is currently only available in USA and costs 2.1 million dollars for a once off infusion. Studies show that Zolgensma can substantially improve quality of life and survival of this horrific disease. Zolgensma is gene therapy and can only be given to kids under the age of two who meet the necessery health requirments. Dan currently meets these requirments but we are against the clock. This treatment is designed to deliver a functional copy of the gene that Dan is missing (SMN 1).

About 1 in every 11,000 children are diagnosed with SMA. It had been incurable, but with this wonder drug on the market it offers Dan a chance at improved or even a normal life.  With this treatment we as parents could hope that one day our son Dan could help his Daddy on the farm, play fetch with his dog Bobby, join his friends outside and simply pick up that yellow ball.