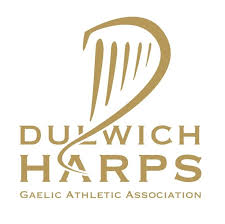 Our ladies team continued their unbeaten run in the league with a hard fought 4.07-2.05 win over Fr Murphy’s on Saturday morning at Wormwood Scrubs. Megan O’Connor played a pivotal role, turning over possession and controlling the defence from centre half back. This earned her the coveted “player of the day” accolade in a customary post-match vote among the team. Tineke Dalton also made an impact at corner forward in her first outing of the season.

Meanwhile in Greenford, the men were slow to start in their league game against St Joseph’s and the opposition held onto their early lead to claim victory on a scoreline of 1.07-0.05. The Harps battled well, improving as the game went on, with strong individual performances from Damian Fitzpatrick, Tim Russell, Stephen Monaghan and Michael Clarke.

Next weekend the ladies are up against Tara’s in the league. When the sides last met in the championship it was a very close contest so the Harps will be keen to get the desired result on this occasion. The men have a break from competition as they look forward to a first ever appearance in the Intermediate Championship County Final on 5th June in Ruislip.