The origins of the GAA in London can be traced back to 1896. Over the intervening years the organisation has grown to the extent that ensures London can lay claim to being the one of the most successful and vibrant units within the Association outside the island of Ireland. London's place in the annals of GAA history has been secured due to the contribution of many great people. Liam McCarthy and Sam Maguire amongst the most notable figures in the history of the Association here in London.

When the London County Board was formed following a meeting at Kensal Rise, North West London, on Whit Monday 1896, Liam McCarthy was elected its first treasurer. He became President of the Board in 1898, holding the position until 1907 when succeeded by Sam Maguire. MacCarthy returned to the post in 1909 holding it until 1911. McCarthy commissioned the manufacturing of a trophy which he offered to Croke Park and which was gratefully accepted. The trophy now bears his name and is awarded annually to the winners of the All Ireland Senior Hurling Championship.

Sam Maguire served alongside Liam McCarthy as Vice-President from 1902 until 1906. Maguire was an active player during this period and had the honour of captaining London against the All Ireland champions in 1903. Sam Maguire held the position of President in 1907 and again in 1908, stepping down in 1909 before returning to the position in 1912 and serving until 1915. After his death in 1927 a cup was designed and presented to the GAA, who presented it to the winner of the All Ireland Senior Football Champions for the first time in 1928.

London GAA has been fortunate to have been represented with distinction at Provincial Council in Britain level by many great former officers of the London County Board.

London has a proud history on the field of play. London is one of only 11 counties to have won an All-Ireland Senior Hurling Championship having been crowned champions in 1901. London played in three hurling and five football All Ireland finals in the early 1900s when the All-Ireland and All-Britain champions were paired in the final. In Junior football London is the third most successful county that participates with six titles - the first coming in 1938 - and the last in 1986.

More recent success has seen the county hurling team winning the Nicky Rackard Cup in 2005 and 2011. Chirsty Ring success in 2012 saw London take part in the Leinster Senior Hurling Championship in 2013, competing again for the Liam McCarthy Cup which originated in the county. In Football, On 26 May 2013, London defeated Sligo by a scoreline of 1-12 to 0-14 to gain their first victory in the Connacht Championship since 1977. London held Leitrim in the Connacht semi-final then won the replay. After these three games they headed for the Connacht final - their first appearance at that level - but lost to Mayo. Thus they entered Round 4 of the Qualifiers for the All-Ireland Series - also their first time to feature there. They drew Cavan, their first Championship meeting with them and the game was set for Croke Park, another historic occasion for London. Cavan won by a score of 1-17 to 1-08 to proceed to the All-Ireland quarter-finals. 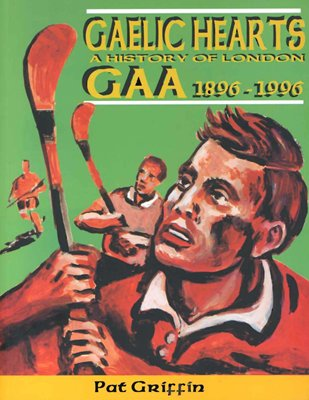