Tá fáilte roimh | You are all welcome

The Gaelic Athletic Association (GAA) is Ireland’s largest sporting organisation. It is celebrated as one of the great amateur sporting associations in the world. The GAA has remained an amateur Association since its founding. Players, even at the highest level, do not receive payment for playing and the volunteer ethos remains one of the most important aspects of the GAA.

It was founded on 1 November 1884 in Thurles, Co. Tipperary as a national organisation to make athletics more accessible to the masses and to revive and nurture traditional, indigenous sports and pastimes.

The GAA today promotes Gaelic games such as Hurling, Gaelic Football, Handball and Rounders as well as Irish music, song and dance and the Irish language. The GAA works with sister organisations to promote Ladies Football and Camogie.

Headquartered at Croke Park, Jones Road, Dublin in Ireland’s largest stadium with a capacity of 82,300 and is considered to be among the most modern stadiums in Europe. It stands today as a monument to the selfless work and dedication of the GAA’s enormous legion of volunteers both in Ireland and abroad.

The GAA has developed abroad amongst the Irish Diaspora. The Irish who emigrated brought their national games with them and both regional and club units are now well established in the United States of America, Australia, Canada, China, mainland Europe and right here in Britain offering games to all age groups from under 10 years of age right up to adult.

London compete in the National Football League, Connacht provincial championship and the All-Ireland Senior Football Championship on an annual basis, the only English based team to do so.

London Compete in the National Hurling League and the Christy Ring Cup, We have previously competed in the All-Ireland Senior Hurling Championship.

London GAA Compete in the All-Britain Championship at youth level. At U-14 level, London GAA compete in Féile Peile na nÓg in Ireland. 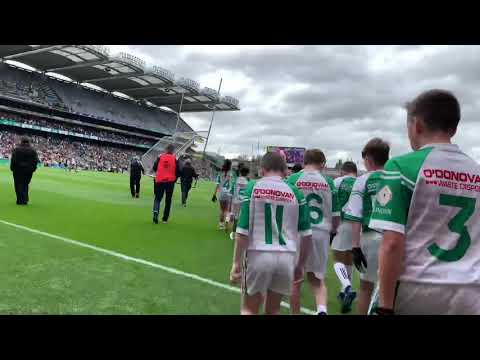